Here is another game-changer in India. Feed-in-tariffs and the ambitious government-sponsored 20-GW National Solar Mission (NSM) have lost value in India.

Across the country, the existing conventional power cost ranges from Rs 7 to Rs 12 per unit for industrial and commercial users, against the new solar power benchmark price of Rs 7-7.50 per unit at which companies won bid under different government policies in the recent months.

It is obvious that a solar power project developer in India is losing money by selling power to the government at prices of Rs 7-7.50 per unit through a power purchase agreement (PPA) that is mutually obligatory for a period of 25 years.

Instead, it makes a lot more sense for an investor or a project developer to shun 25-year-long (PPAs) with governments and use the ‘Open Access’ system to sell power to industrial and commercial users directly. Such users are paying more than Rs 7.00 per unit for existing erratic power supply and will be keen to pay more for reliable supply. Developers can exercise an option too to raise the cost of power supplied at regular intervals over the supposed lifespan of 25 years of the power project.

That surely raises questions on the significance and value of various state governments’ policies as well as the ambitious National Solar Mission of the central (federal) government of India. If the state governments’ policies and the NSM have to remain significant, the price offered by the government to solar power project developers will have to be become variable over the entire duration of the PPA. If not, it would surely be a losing proposition for a solar power project developer/investor to commit power at such low rates for the next 25 years.

The ‘Open Access’ system enables any power producer to sell power to any user across the country through the national grid, by bearing costs of transmission and distribution losses as well as wheeling and banking charges. These costs may weigh on the profitability of the power project for now. But, committed higher billings over the next few years could provide much higher returns, compared to fixed rates provided under the PPAs with different governments.

The success of the ‘Open Access’ system will also depend on the condition of “minimum committed load” that makes an industrial user to pay a minimum bill amount every month to the local distribution company, irrespective of how much of conventional power was consumed.

But, different regulations in the country have already cleared the way for other precedents where large industrial units set up gas or coal-based captive power plants. A similar arrangement for solar power will ensure that the end consumers and solar power project developers will be able to build mutually-profitable relationships.
At the other end, while the state government policies were expected to boost the solar power sector in the country, the captive or end-user segment offers a much larger market of at least 25,000 MW over the next 5-7 years.

Even if the benchmark solar PV power project cost falls from the current Rs 9 crore to Rs 7 crore, it promises to be a market with a value of Rs 175,000 crore (about US$ 35 billion).

The rules of the game in India have surprisingly changed even though the total installed solar power generation capacity in the country has not crossed 1,000 MW, against state and national governments’ targeted capacities exceeding 30,000 MW over the next decade.

If all solar power project developers were to go for the ‘Open Access’ system, one would wonder about the fate of different state governments’ policies and the national government’s National Solar Mission. 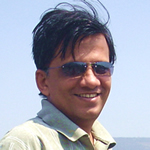 Bhupesh Trivedi is the CEO of Mumbai-based boutique solar energy consulting company REECODE Energy Solutions. He has assisted his clients with setting up MW-size solar power plants as well as solar engineering companies to dovetail their products and services for the growing market in India. He has spoken at various national and international events and writes regularly for various media. He can be reached through bhupesh@reecode.in and +91-9324246639      .

Edwin Koot
In 1994 I started my first consultancy company focusing on solar PV. In 2004 I founded Solarplaza and built www.solarplaza.com, intended as a platform for the solar industry. My vision is that solar pv will become a major energy source around the world. Solar pv is an inevitable solution for many problems. There are no reasons to be opposed to this energy generating technology which can be applied all around the world. The only hurdles left to take, are related to the initial investment cost. But, with the industry maturing and cost declining, this is merely a temporary problem.